How much do you give back to your local community? If you’re like me, not enough. Nate and I are big supporters of local farming (Nate’s family owns farmland in west central Illinois)—we even went on a local tour of O’O Farms on our honeymoon in Maui. So when I saw a Groupon for this tour, I really wanted to check out how farmers are growing food in an urban area not far from my apartment!

Growing Power is a great example of a local organization that brings all walks of life together in efforts to provide safe, affordable, and healthy food to communities in Chicago, Madison, and its headquarters in Milwaukee. Nate and I enjoyed touring Growing Power’s facility in Bridgeport over the weekend, to see how their growing local and sustainable food.

The farm facility lives on a seven-acre property that was transformed from an abandoned trucking depot space in 2002. Since then, the building has received a facelift with murals painted by local area kids. Growing Power’s Chicago Iron Street Farm has been using alternative ways to grow food and raise animals and fish year-round, which they sell to local restaurants, at farmers markets around the city, and at their Iron Street location. They also have a food CSA (Community Supported Agriculture) you can participate in over the summer. And they couldn’t do it without the many volunteers the farm has throughout the week. (We saw lots of young people helping out and others preparing food for composting.) When we went on our tour, we saw the following operations:

It’s important to note all of the awesome compost partnerships that Growing Power has with Chicago-area restaurants. They include:

The most exciting part about this visit was to see how people are making a difference not far from where we live. Sometimes you get caught up in the daily woes of your life and don’t really see the big picture. Nate and I are considering the CSA for the summer, and Nate even mentioned wanting to get more involved.  As I get older (and hopefully wiser), it’s important for me to be aware of what’s going on in my community and my city. I’m proud of where I’m from, and I want to be a part of what makes it great. This year is also a quest to find ways that I can make a difference, and to be more aware of where I live and what’s going on around me. I’ve always thought that if you can change one life, your life is worth living. 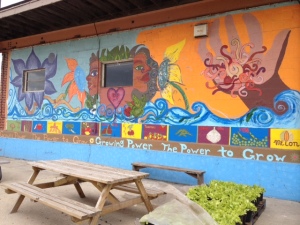 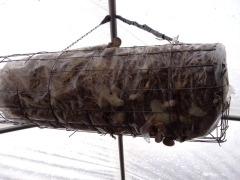 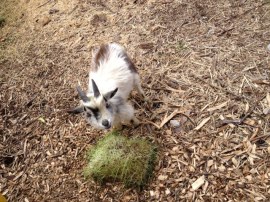 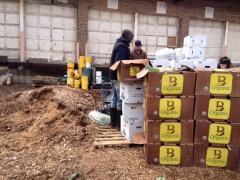