I was a total ’80s kid. Loved dressing up (I wore two dresses a day…even in kindergarten), crimping my hair, listening to Debbie Gibson and Tiffany, playing video games and pinball, and watching movies. Looking back, I now realize that I watched films that were probably a little too mature for my age, and one of those was Flashdance.

Which gets us to the point of the blog post: Flashdance the Musical. You may not have know this existed, and neither did I until my boss Amy asked if I wanted to go recently. Amy and her friends discovered an awesome deal that you can get a season’s worth of balcony tickets for $10 a show! (God knows I love a good deal.) My co-worker Erin went, too, along with Amy’s friend, Liz.

Before the show, we headed to Encore for some food (didn’t want my stomach to growl the entire show…not cute). Amy and I split baked goat cheese and a little sampler dish of coconut shrimp and chicken skewers. Accompanied by a glass of Prosecco, of course! And some live jazz music too!

The food was just what we wanted, something to tide us over but nothing too heavy. (Could you imagine if I fell asleep at the theatre? Yikes…) Amy’s friend Liz also met us, and we headed over to the theater next door (can’t get a much better before-theater spot) shortly after.

We raced up to our seats just in time for the show to start, and even though we were in the last row, it honestly didn’t matter. PS–How gorgeous is that theatre? I haven’t been to a musical for a while, and Flashdance was such a feel good, dance in your seat kind of show. The dancing was incredible, and the singing was strong too. (Secretly, it rekindled my dream of being a singer, but that’s a whole other blog post for another day.)

It has been awhile since I’ve seen the movie, but I like the way they portrayed it on stage. And who can resist that final scene when she’s dancing for the judges to “What a Feeling”? If you’re like me, you’ve definitely re-enacted that scene a time or two. If only I had some leg warmers… 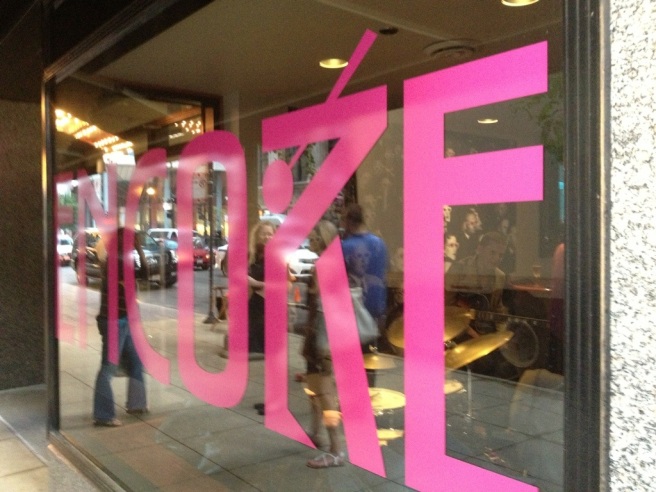 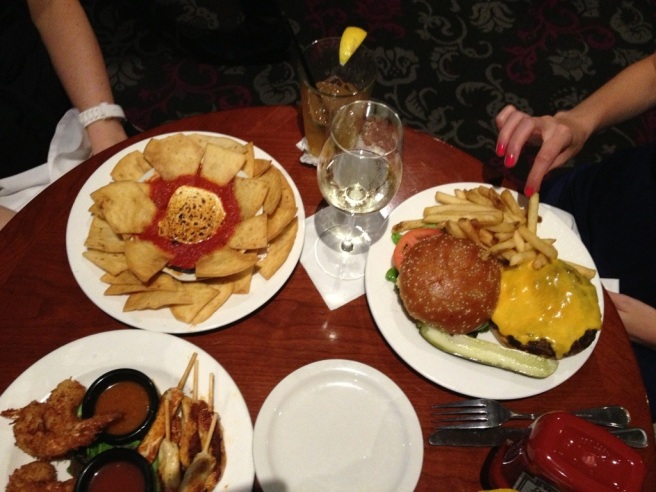 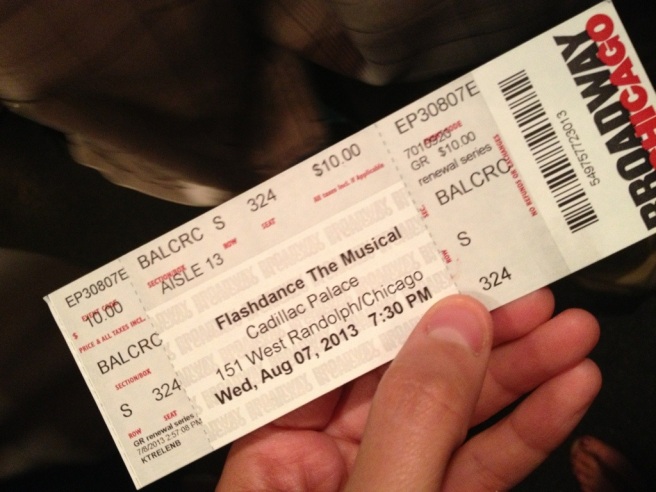 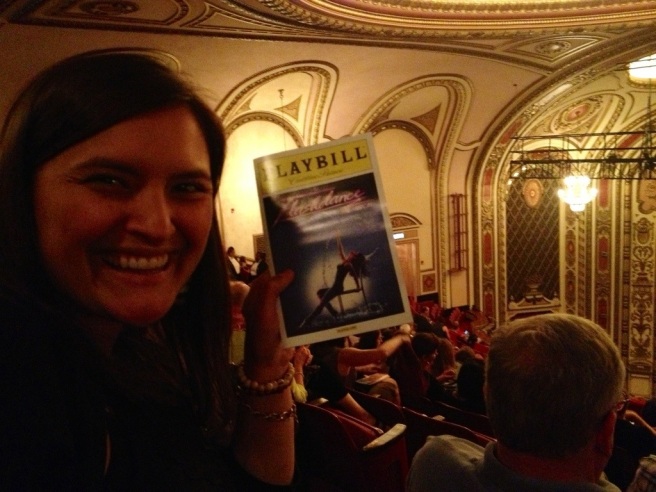 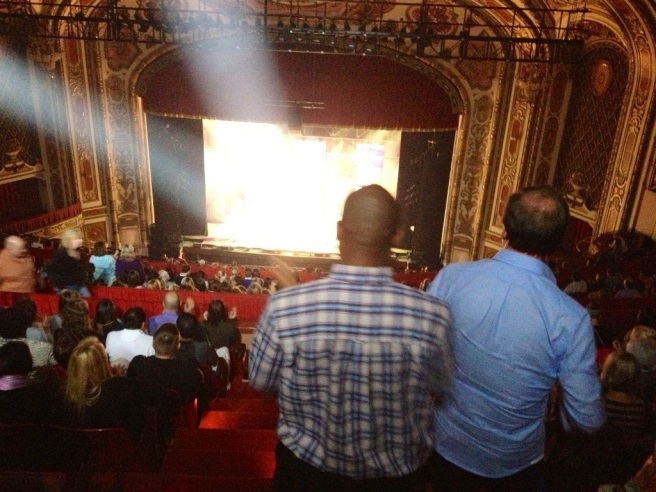 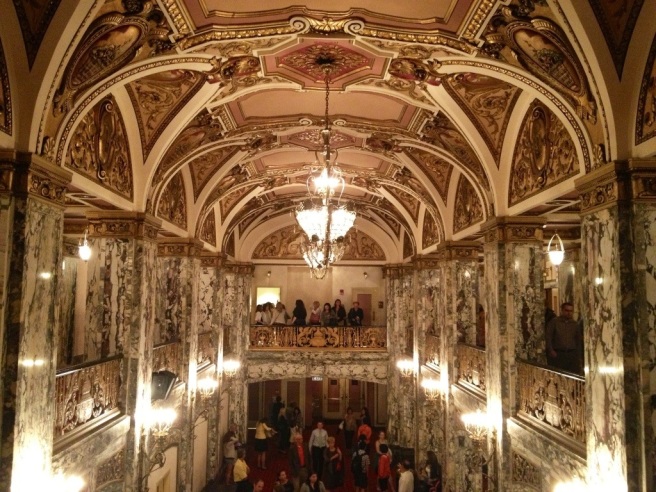