A handful of my friends are moving back to Chicago this summer, including Ali, my good friend from college, and her husband Adam. Ali and I met freshman year through our sorority, and lived together our senior year at U of I—needless to say, we’ve been through a lot.

Ali has lived and worked in NYC as an actress since we graduated from college, and although I visit New York often, it just got hard to see each other. So I was pretty excited when she messaged me on Facebook to announce her move!

We reunited over sushi last week, and I’m happy to say it was just like old times. When she asked me to come to the screening of her new feature film, Breakup at a Wedding, I couldn’t wait to support her. Watch the trailer here! Having planned my wedding less than two years ago I was pretty intrigued by the title…ha!

We went to DePaul University’s CDM Theatre, where Ali and her co-star Mary Grill (she also appears on The Mindy Project) were hosting the screening. The movie features a bunch of hilarious young actors Ali’s been working with for years. With a small budget and 12 days of filming near JFK Airport, they were able to make a laugh-out-loud, heartfelt film.

Here’s the scoop: The night before her wedding, the bride-to-be (Ali!) decides she doesn’t want to married, but convinces her fiancé to go through the motions on their wedding day (except for signing the marriage certificate part). The groom hopes a present at the wedding with change Ali’s mind. Does it? (This is the part where you go to the website and pre-order the movie that comes out on June 18th if you want, hint hint.)

Seeing Ali larger than life on the silver screen for the first time was surreal. I’m so proud of her and her friends for the awesome film they made, and I’m glad we saw it in a theater. It’s pretty cool to hear people laughing at your friend’s jokes—especially when your friend is on screen.

I should also mention that at the screening, I also met Ali’s husband Adam and saw one of our sorority sisters, Stacey, who I haven’t seen since college (many years, people)!

After we snapped some photos at DePaul (Ali’s dad even brought his own red carpet!), we headed over to Miller’s Pub (another new spot) for a celebratory cocktail or two (a Midwest Mule and a wheat beer for me). This place felt so old-school Chicago, like the décor (with it’s street signs and Chicago memorabilia), the bartenders (in white shirts with black vests), and the people (a solo man next to us has been coming since the early ’90s) haven’t changed in years. There’s comfort in the familiar, and this was a great place to get together with old friends, and new, in my beloved city of Chicago. 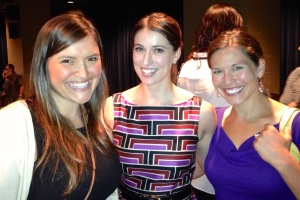 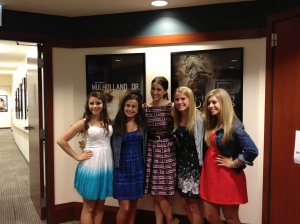 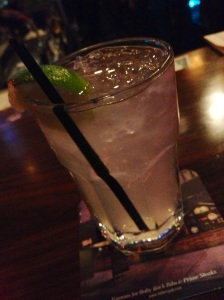 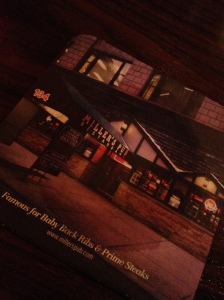 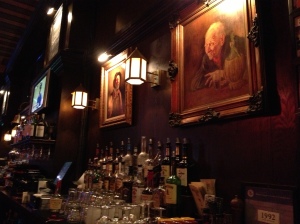